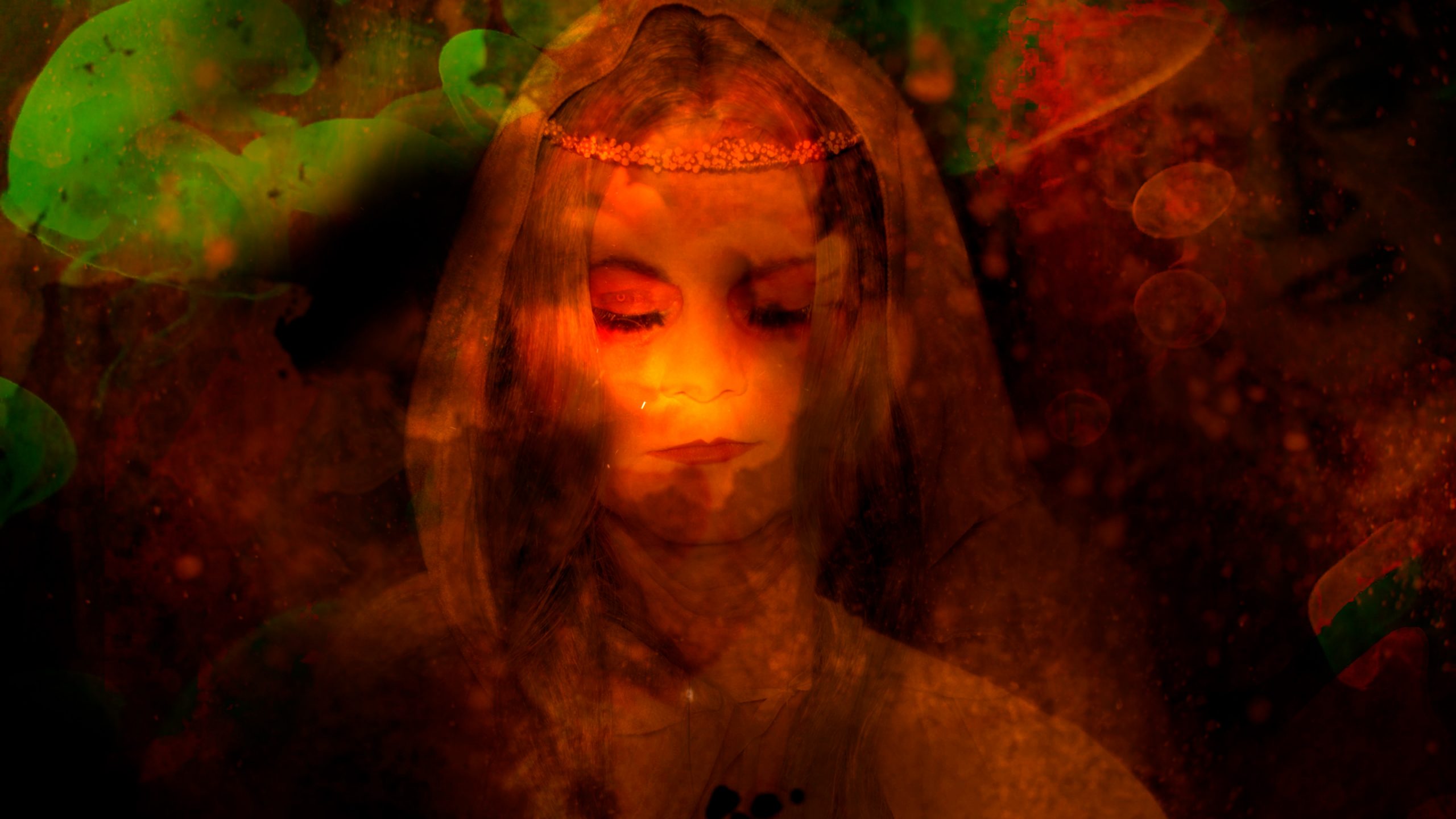 Lisa Hammer‘s ‘Dakini’ Re-Released album was recently given a very thoughtful review on Aural Aggravation.  We’d appreciate if you went directly to their site via the link below.  However, here’s the text as well.

Dakini, the debut album by Lisa Hammer (Requiem In White, Mors Syphilitica) was originally released back in 2009. It’s been described as ‘music for ritual, introspection and awakening of the senses’, ‘a complete manifesto of inner search in which a lot of influences from different genres of music’, and that it was ‘designed to carry the listener away from the manifest world and into a deeper space’.

Re-released here on limited cultured vinyl as an expanded release with three additional tracks, it provides an ideal opportunity for existing fans to re-evaluate, and reacquaint themselves, and for latecomers to be introduced.

It happens that I’m in the latter camp, and so am coming to the album with fresh ears, and only the facts that it’s pitched as being for fans of Dead Can Dance while promising ‘unprecedented vocals, sometimes angelic and sometimes damned as if they come from another period forgotten by the time.

Now, one might ask, if the original release was a ‘complete manifesto’, is the inclusion of additional tracks not gilding the lily? Especially when considering that ‘the Indian ragas correspond with times of the day, so the album represents a condensed 24 hours, which is perfect for ritual, or any emotional and spiritual trip.’ In context, there is the question off how to assimilate the additional material in the least obtrusive way, with the least impact on the flow that is so integral to the original concept?

Opening the album with a new, seven-minute ‘Alte Clamat Epicurus’ works nicely; it’s an evocative vocal incantation with a sparse droning backing. It sounds – in the mind’s eye, and with a small soupçon of imagination – like a sunrise, like an awakening. Hammer sounds both otherworldly and most incredibly earthy, which is no small feat – but then, I find that this is something particular to music, particularly vocalisations, which tap into echoes of ancient spirituality. While exalting the heavens, there feels as though there is a deeper connection with the ground, the rocks, trees, the elements. It paves the way perfectly for ‘In Taberna Quando Sumus’; simple, rhythmic, repetitive. As the album progresses, one becomes attuned to the sense of an arc, of a cycle, and Hammer leads the listener on a journey inside. Some of the musical arrangements are so minimal as to be barely there, the sound of the wind and cavernous reverberations, while others are centred around hypnotic percussion and wordless choral vocalisations, as on the powerful ‘Samsara’ and the lilting, ethereal ‘Vajra’.

That flow is disrupted somewhat with a dance mix of ‘Chant Nr 5’ dropped as the fourteenth track at the end of side three. In the sense that it bookends the side, which opens with the original version, it makes some sort of sense, but still… it’s incongruous, sweeping away the drifting incense with a busy beat and quavering organ tone. Perhaps this is why I’m always hesitant to use the term ‘world’ music: it’s such a western-centric view of the globe, where ‘the world’ is vast and the west occupies only a sliver of it, both geographically and culturally. In the west, the west is the world and perceives its cultural dominance as such. It’s a badly skewed perspective.

While Dakini incorporates elements of what would commonly be described as ‘world’ music, it’s really ‘world’ music in that it truly embraces music from the world in its full breadth, with the delicate sing-song of ‘Lullaby’ perhaps owing more to western traditions and showing that for Hammer, all sources are equal, and it makes for a rich and moving listening experience.

Side four ends, and closes the album, with the third and final bonus track, ‘Hurdy Gurdy Gavotte’. And there, it sits perfectly. 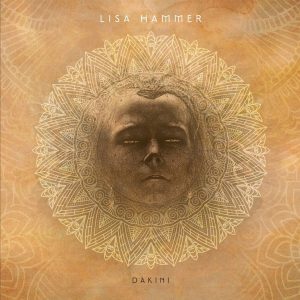 For more information about Lisa: