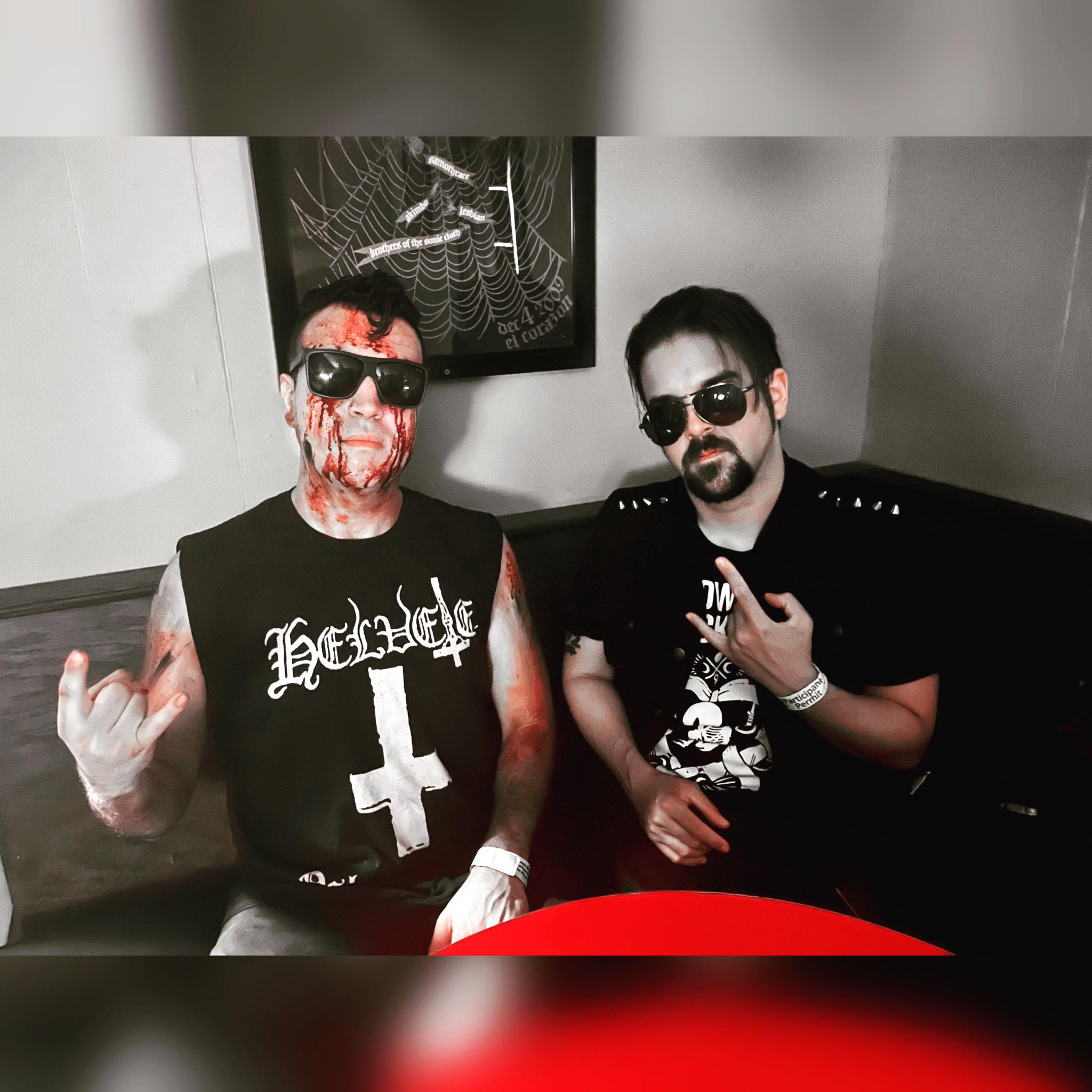 Clockwork Echo recently had an interview on the Melodic Machinations site.  Check it out below!  We’d then like to ask you to go over to their site and check out the rest of the content at: https://melodicmachinations.blogspot.com/

You can support Clockwork Echo by going to Bandcamp or https://clockworkecho.com/

The band Clockwork Echo wants listeners too attribute whatever meaning they choose to the band‘s name.  According to band member Gabriel Ryan “the name is completely meaningless and a blank canvas for you to ascribe your own symbolism to.“

Ryan’s parents introduced him to the Beatles when he was five years old and so started his need to create music of his own.  Exploring themes of individualism, humanism, on occasion political commentary and even satire Ryan uses his music to explore issues that are important to him.  Citing influences such as first and second wave aggrotech bands like Hocico, C–Lekktor, Alien Vampires, Noisuf-X, Combichrist, Icon of Coil and Sucide Commando, Ryan’s music in this vein is fairly new and this has had an influence on the band’s sound.

Describing the creation of music as a compulsion Ryan admits that he makes “music because it’s fun and because it feels good“.  Ryan says he cannot keep himself away from the production process.  He believes that the compulsion to make music exists independently from the fact that “any form of art will reflect the mindset and emotional state of the artist during the time it was created.“

Ryan describes Clockwork Echo as a Metal band that utilizes synthesizers instead of guitars and uses gun double bass drum lines and four on the flor drum beats instead of a drum machine.  For this reason he believes that the band is perhaps more Metal then Industrial despite being described as an Inductrial band.  “Clockwork Echo is what happens when a Metal guitarist tries to write electronic music and ends up falling back on tried and tested song arrangements from Death Metal, then running with it when he realizes that this is the formula that seems to work“ explains Ryan

Ryan is very involved with the aesthetic and style of the band.  “I am pretty heavily involved from a conceptual point of view.“ After finding a visual artist he trusts Ryan works closely with them to develop what he describes as “the conceptual backbone of the cover art.“  He then steps back allowing the artist to create. “I’m pretty hands off once we are past the conceptual stage.“

“I’ve got a psychopathic death ray sitting in my garage that I like to use.  I’ll fire it up and point it at a jar of amphetamines with freshly squeezed lizards and record the results with a multitrack sampler.“   Ryan then says that he adds a bunch of distortion and punchy sounding drums, yelling into the mic until he has vocals he is happy with.

Literature and films have an influence on the bands lyrical content and visual themes.  The song “Apologist“ by the band features a quote from Beowulf while the entire album has sprinklings of medieval poetry.

Ryan describes performing live as “a massive adrenlin rush“.  He admits to loving the connection with a live audience and trying to “make them go nuts!“. With ambitions to be the most “in your face“ band of their genre Clockwork Echo’s future plans involve the band being louder, more aggressive and faster.

Ryan says he doesn’t really care if people listen to his music but he acknowledges that if a listener is already into extreme music “they’ll probably enjoy it.“

“Embrace The Silence So Cold” video:;